Be on the lookout for iON athletes at the X Games in Austin this weekend! 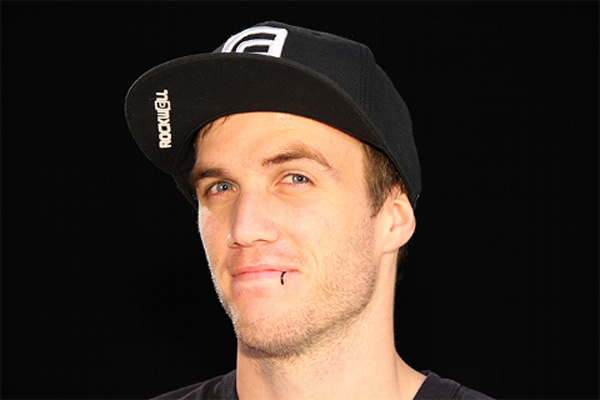 iON athlete Colton Satterfield competes to defend his X Games gold in the FINALS for BMX Big Air on Saturday at 8:30PM CST and Sunday in the Big Air Double Final at 11:00AM CST you can watch it live on ESPN and WATCHESPN.

iON athlete Liam Doran will be competing in the Rally X event Saturday for the round 1, LCQ, and Finals. The event will be starting at 1:00 PM and be aired on ABC and ESPN3. Be sure to tune in and cheer on Liam 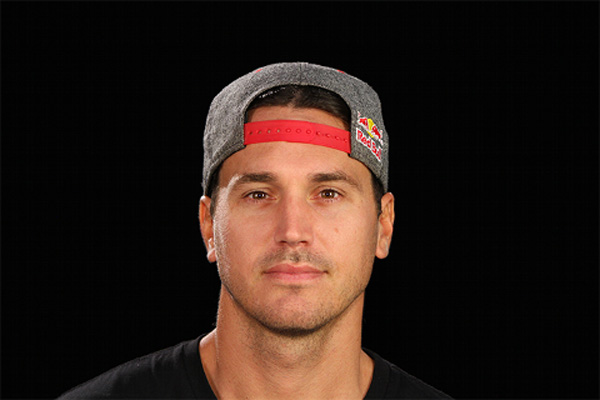 iON athlete Corey Bohan will be competing in the BMX dirt round 1 and finale on Saturday at 3:30 CST. This event is an in person only event it will not be online or on TV.

You can find out more about the X Games athletes and events at xgames.espn.go.com

Colton Satterfield took the gold in Austin, TX at the X Games on Saturday. He landed the first double flair in a Big Air competition. 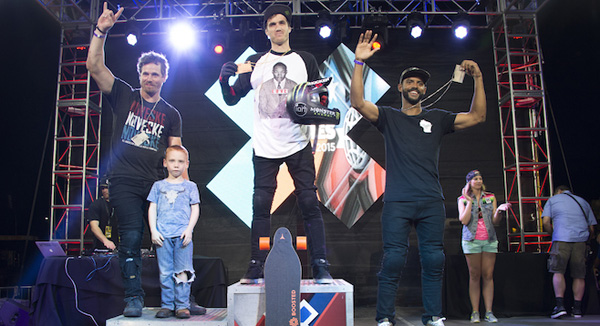 To see more information you can visit the ESPN site here.

I was sitting in the media area in Columbia, SC, waiting to see if Anthony Gagliardi, the hometown hero, would win the 2015 Forrest L. Wood Cup, when I was handed a gift bag, courtesy of the FLW. I didn’t want to look at it just then, so it was a while later when I discovered that I now had a new toy…an iON Air Pro 3! I had spent at least 30 minutes earlier that day getting all the details about the camera from Bill McDonald, including watching him toss it onto the carpeted concrete floor and grinning at the phrase, “get out of the box”, a not so subtle dig at the boxed up GoPro. I couldn’t wait to put it into use.

The first time I really used it was in October when I was out fly fishing for stripers on Lake Hartwell. I was amazed at how well it worked under water and how incredibly clear and vivid it was out of the water. I didn’t have another good opportunity to use it again until late in our deer season. I had my youngest daughter with me and my intent was to get her on camera watching some deer, but the only deer we saw was a cagey old buck that drifted through the woods just before dark. Needless to say, I skipped the camera and burned a couple dollars…only to find I had killed a sweet gum tree I couldn’t see was between my rifle and the deer!
It was a few days later that I missed my iON. I had bought a separate case to keep it in, and it attached nicely to another strap on the outsider of my camera bag. I had my camera bag…but no iON case. I tore my house apart, then I tore my office apart, and finally my Durango, but there was no sign of it anywhere. The only place I could think it might be was somewhere in the woods where we were looking for that deer, but only found a dead sweet gum tree. 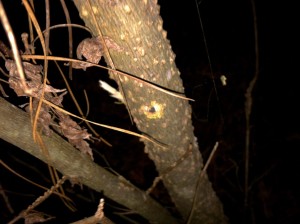 A week passed before I had time to go back to the club, paddle across the lake and look for that case. I didn’t find it in the woods where we looked for the deer, but as I walked past the deer stand, I decided to climb up and see if it was there. It was…sitting in the boat seat, in a puddle of water from the past weeks rain. On one hand I was relieved I had found it, on the other I figured it was toast. I drove home, carefully dried it off and to my surprise, it worked! My love for that camera went up, but nothing like what was going to transpire during duck season.
Thanksgiving morning found me and my black lab Sophie, carefully concealed in a slew just off the main lake at the hunt club. The water was up almost a foot, which meant there was lots of seeds floating on the water, and that meant lots of ducks coming to feed. This was Sophie’s first duck hunt, and I had made an attachment on the duck blind to capture that first shot and first retrieve of the season. As luck would have it, the first bird, a drake green wing teal, swung left instead of right, and I missed getting the shot on camera. Left was also away from the rising sun, which meant the footage of her first retrieve was, well, really dark. Whatever, I connected and she had her first retrieve…all was good in my small world.
A couple of birds later, I had a swimmer and Sophie got distracted by the decoys and lost sight of the low-in-the-water mallard. I hadn’t taught her hand signals so when the duck got to the grass along the bank, I hauled the canoe out of its hiding place, got Sophie and paddled after the hiding bird. I had the iON balanced on my knee, getting some bonus footage of Sophie taking in all of the smells that an early morning duck hunt has to offer. That nose nearly got us swamped as she got a whiff of the duck and lunged over right gunnel. I managed to grab the iON and my gun, at the same time leaning hard right…and somehow we didn’t tip over! I stuck the iON in my jacket pocket and hauled Sophie back in the canoe, the duck daintily held in her mouth. 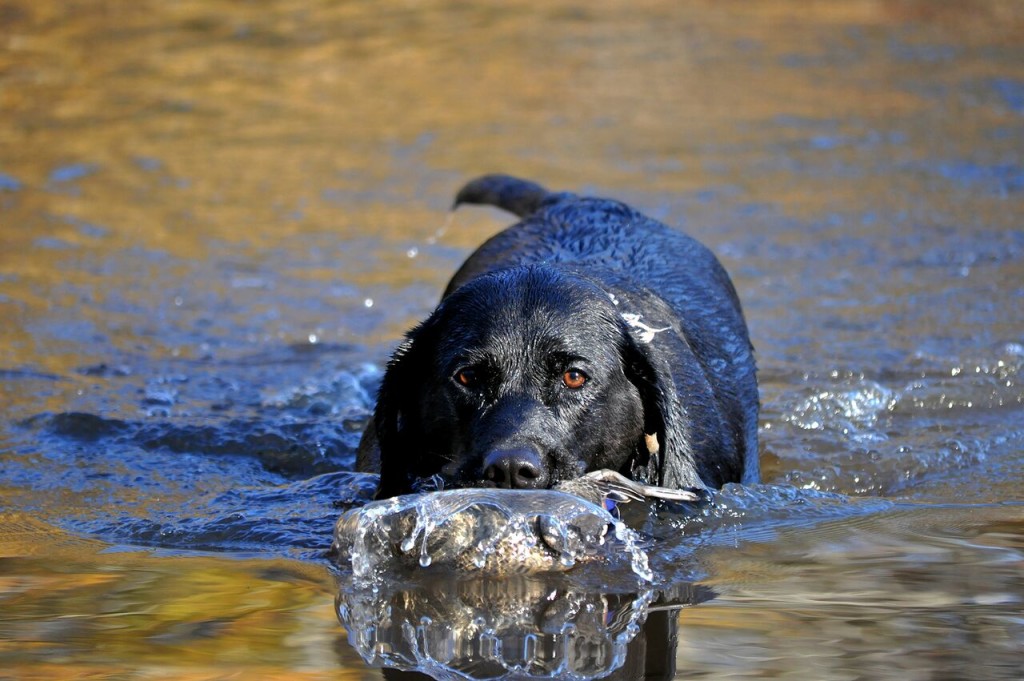 About thirty minutes later, I missed the iON. The pocket was turned inside out and there was no telling where it had fallen out. With the water up, there was nothing I could do but figure out how I was going to replace it…and how I would explain it to my friends over at FLW. A couple weeks later, during the split between the early and late duck seasons, I was at a client’s office…a client who sold metal detectors. An idea, kind one of those light bulb moments, came to mind. The water was down by now, so maybe there was a chance I could use the shop detector and at least try to find my iON, even though it probably wouldn’t work anyway. Another week went by before I got to the club, paddled across the same lake I did the first time I lost it, to where I had been duck hunting. 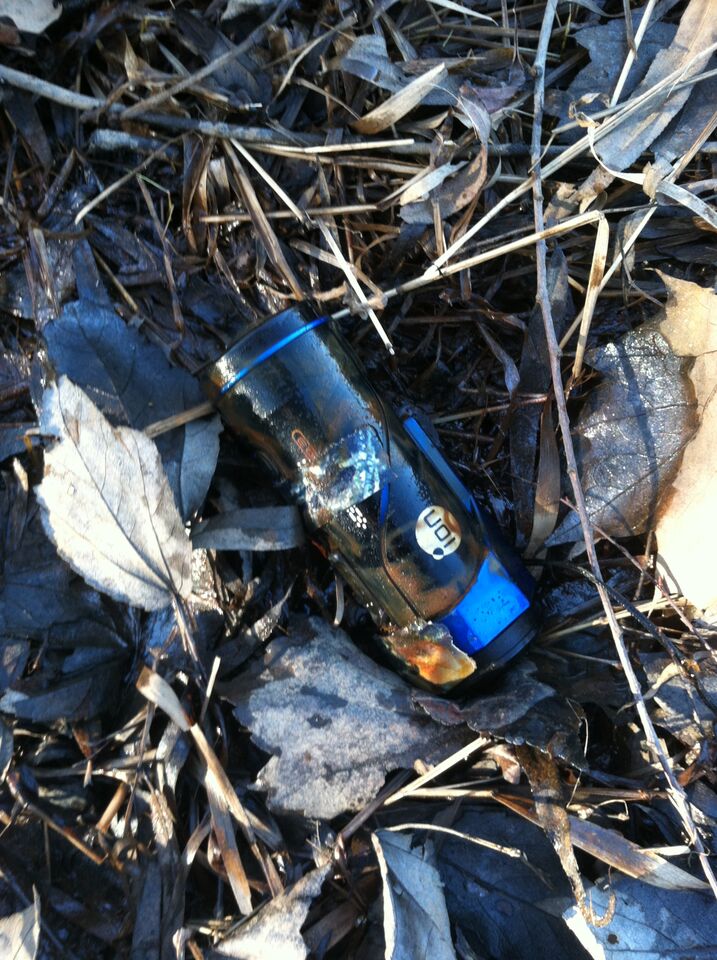 I had an aluminum cased flashlight and I used that to set the sensitivity on the borrowed metal detector. The water was down to normal levels, which meant that most of where I had been Thanksgiving morning was at least above water. I started where the canoe was stowed during the hunt and worked my way back to the edge of the slough and open water. Twenty minutes of silence and then my ears lit up…SOMETHING was being detected! I swept back and forth to pinpoint the object but didn’t see anything but rim ice and muddy leaves. I toed the leaves a little and there, half iced over and now the color of swamp mud, was my iON! I couldn’t believe my luck. I picked it up, brushed off the ice, mud and wet leaves, and decided not to wait until I got back home to see if it still worked. I was sure three weeks in those conditions had done it in…was I surprised when my hand started vibrating! Unbelievable!! I had to work a little to get the mud out of the blue finish and from around the on/off slider, but it looks as good as new and still takes great videos, like all the clips I got from a recent fishing trip to Northern Quebec. I can truly recommend iON cameras as tough little toys…because mine is a survivor!

This story has been told and written by Roger Metz from Woods and Water SC on 94.5 WGTK Feel free to listen in to Roger each Saturday from 3-4PM EST online. If you are in South Carolina you can tune in on your FM radio.

iON returns to the iCAST show in Orlando Florida

iCAST is being held at the Orlando Convention Center in Orlando, Florida and for the 2nd year iON has its full 20×20 booth setup (Booth #1337). Last year iON debuted the brand new CamoCam camera that is wrapped in authentic Realtree Xtra camo and comes with an exclusive sports mount. This year we debuted the new SnapCam and SnapCam Lite and it has quickly become the talk of the town! Many of iON’s other products are on display at the booth including the Air Pro Lite Wi-Fi, Speed-Pro, and the newly acquired Contour cameras. If you are looking for a sturdy mounting system be sure to check out the Camtrol handheld mounts. These are a versatile handheld mounting system that works great with any iON, DSLR, or handheld camera. 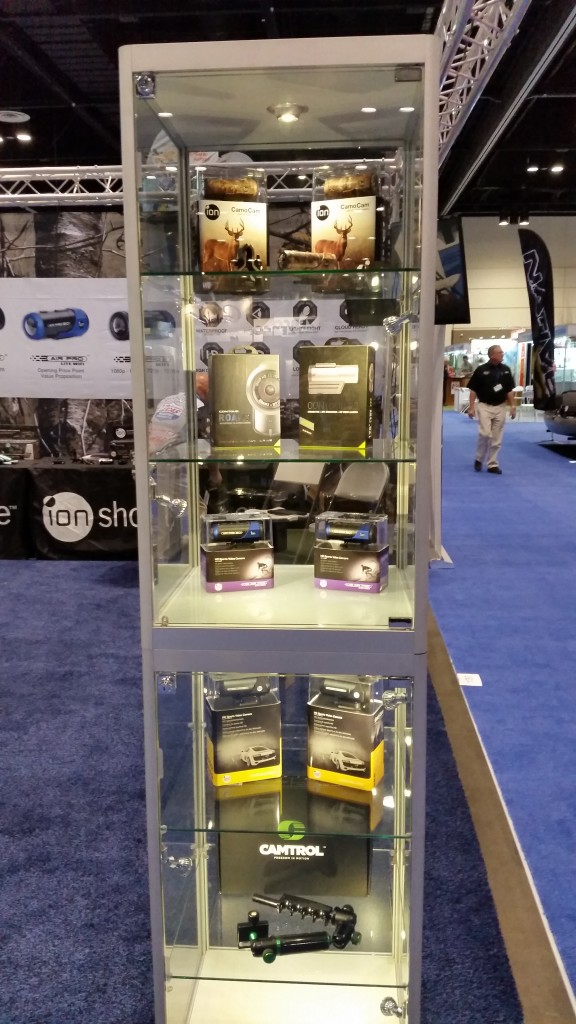 Get the Father in your life this great bundle for father’s day. It includes an Air Pro Lite Wi-Fi, a FREE Suction Cup Mount and FREE shipping! Sale good through Friday, June 19th.

1. Click the photo above to be directed to our shop page.

2. Add the bundle to your cart.

4. Fill out your billing and shipping info and your done! You win. You’re Dad’s favorite.